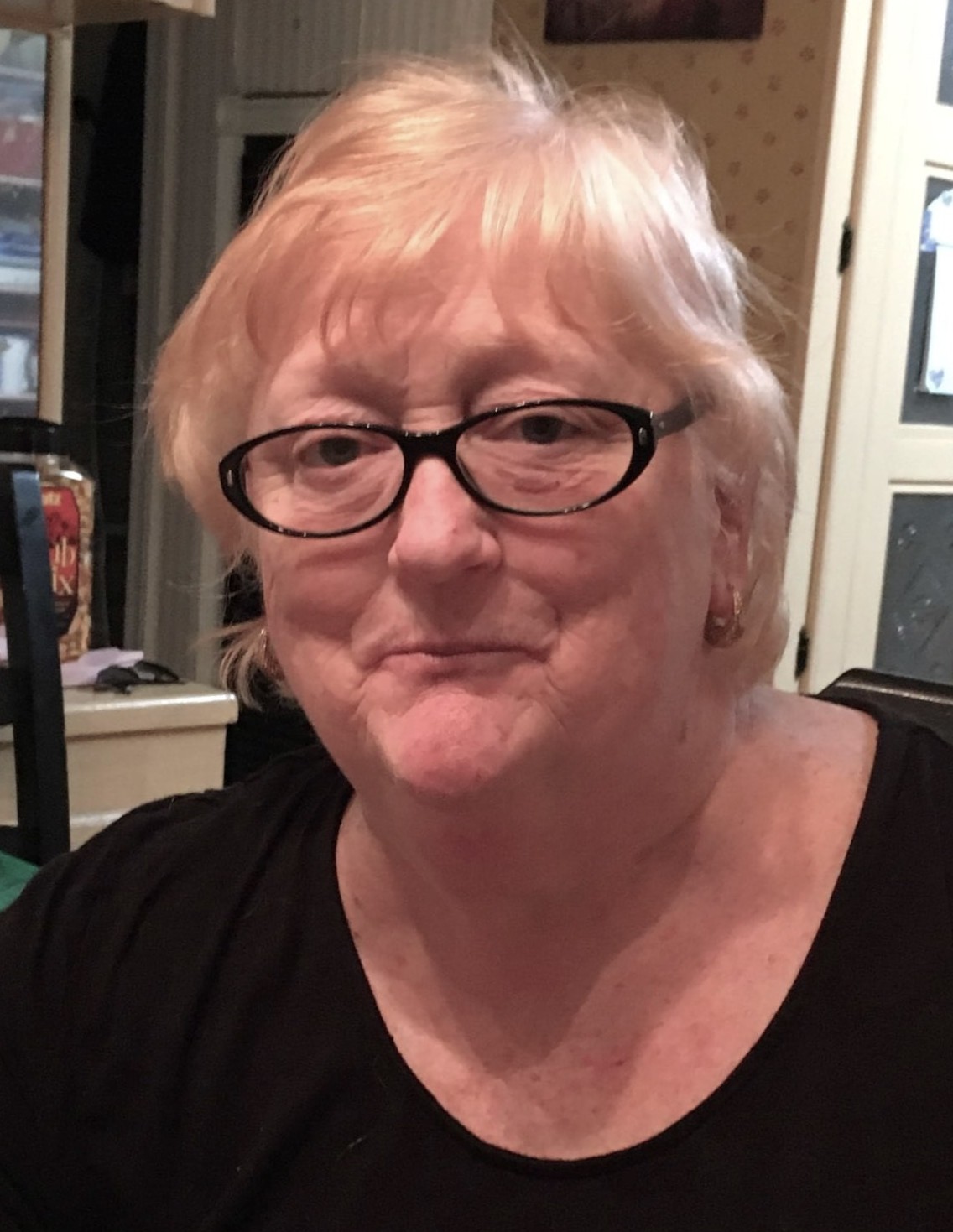 With profound sadness we announce the passing of our lovely Jane Elizabeth Russell who died unexpectedly in her sleep Saturday November 21. Jane was 71 years young. Jane’s journey began in the summer of 1949 in the humid suburbs of St. Louis, Missouri. She was the third born child and first daughter of Hank and Betty Jane Browning, mama’s little helper and daddy’s adored prize. She was, he said, a Little Pistol. The family relocated to California in 1959 and Jane became the California Girl that the Beach Boys dreamed of. She sported a beehive hairdo, taped up her skirt hems after leaving the house and smoked in the girls’ room at Soquel High. She never got away with it but that didn’t stop her from trying. While still in school she went to work as a telephone operator for Pacific Telephone Company, and spent a few summers dialing the rotary phone on her sister’s back in her sleep. After kissing a couple-few frogs, in 1980 she found her prince in Larry Dale Russell, and he became “Pop” to her two children, Elizabeth and Jeremy. They celebrated their 40th anniversary in September. Jane was gifted local folk artist, Santa’s Daughter, creator of handcrafted dolls, figurines and holiday decorations. Her living room was piled high with boiled wool, antique buttons, quilts and fence boards for half the year, and friends who dropped in for dinner often spent the evening stuffing Santa suits or angel arms. She did the craft show circuit from 2000-2010, and collectors returned every year for her whimsical interpretations of treasured holiday characters. Jane sampled everything life offered her. Early in the 1970’s she worked the assembly line at IVOmeter in Santa Cruz, plugging rubber stoppers into plastic valves for IV drip systems. She moved to Fremont and started her own business assembling printed circuit boards while training to become a certified manufacturing engineering technician in the early 1980’s. Later in the decade she headed back to PacBell to finish where she started as a telephone operator, retiring in 1999. Jane, aka Hane, Gigi, Janie and Auntie Gramma, loved to love people. Visitors didn’t leave her home without an armload of dahlias, lilies, roses and sweet peas from her sumptuous garden. Secrets and worries were safe with her; she listened and advised and only occasionally scolded. She took in waifs and strays, two legged or four, and filled their bellies because food is love, and nothing chased the blues away like Jane’s lemon meringue pie. Jane said she would take her legendary fried chicken recipe to the grave and she did. She was the self-proclaimed Gravy Queen and she took that recipe too. She is survived by her husband, Larry Russell of Soquel; son, Jeremy Williams of Felton; granddaughter, Jessica Jane and her husband, Justin Teets of Indiana; and great grandbabies, Olivia and Theodore Teets. She lost her daughter, Elizabeth Ann Russell, to a car accident in 1997 and her broken heart never fully healed. Jane is also survived by her sisters, Kathleen Browning of New Mexico; Rebecca and Jay Rose of Fremont; Mardi Browning Shiver of Santa Cruz; Bonnie Daniels of Watsonville; and lifetime sisterfriend Victoria and Manny Mattus of San Jose. Her tribe of survivors also includes nephews and nieces, Andrew Rose, Ryan and Erin Browning, Tom and Alexis Douglass, Mitchie Douglass, Trisha and Rob DeLeon, Shawna and Rick Cortez; and her treasures Leslie Harms and Angela Steuve. We must not leave out Auntie Gramma’s precious Josephine and Andrea Rose; Ellieana, Fiahna and Bennett Browning. Jane was preceded in death by her parents, Hank and Betty Browning, and her brothers, Bill and Dan Browning. In lieu of flowers, please perform a random act of kindness. Phone a friend you haven’t seen for a while. Donate to the SPCA. Pay for the guy behind you at the toll gate. Forgive an old grudge. Use the good china. Dance in your socks on the living room rug. And wear a mask when you go out. Angels are watching. We will have a virtual Celebration of Life for Jane on Zoom. Please contact a family member to join us.