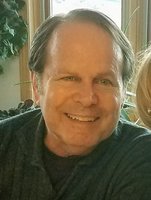 Timothy James Crowley went to meet his Creator on September 22, 2020. He was the third of nine children born to Mary Rose and William Crowley in San Jose, California. He went to grade school and then to prep school at Bellarmine Prep. with his brothers. He went on to San Jose State University where he was chosen for the small role of Eddie in “American Graffiti”. Then he met a choreographer and joined a singing, dancing boy group called “Friends”. They were hired to tour Europe and America with Petula Clark. Returning to Hollywood the group joined a musical revue playing in San Francisco, where Tim met Lise, his soon to be wife and forever dance partner. They moved back to Hollywood, auditioned and got in a stage show called “ Zen Boogie” in Beverly Hills. He did many MTV videos for the stars of the time, including Madonna’s “Material Girl”. He did commercials and other small jobs until he and Lise were hired to be in Francis Ford Coppola’s “One From The Heart”, which had a Bora Bora set. After the film ended, they married and honeymooned in the actual Bora Bora. A few of the other films Tim performed in are “Zanadu”, “1941”, and “Grease II. Tim also studied film at Los Angeles Community College. In 1988 Tim’s father asked Tim to learn the family business of brokering strawberries to Japan, so he could retire. Tim did and brought Lise to join him in Aptos just before the 1989 Loma Prieta earthquake. Tim grew the business and hired workers, who became his very good friends. His brother Sean came aboard and took over. Tim retired after 27 years and many trips to Japan. He is preceded in death by his mother and father. He is survived by his wife, Lise and fur baby, Dudley. Also his siblings Michael and wife Kathy Crowley and children Bryan, Ryan Brent, Jamie, Kelsey and Melissa, Mary Jo and husband, Jim Silvestrini, and son Mathew, Daniel and Joan Crowley, and children Katie, Adam, Emmy and Abby, Sheila and husband, Pete Albers, and daughters Carrie, and Maggie, Kevin Crowley, deceased wife, Dawn, and sons Tom, Jake, Max and Mitch, Maureen and husband Mark Kane, and daughter Claire, Sean and Lisa Crowley and their children Jordan, Micah, Kade and sister, Colleen Crowley. Also his in laws Lorna and Michael Richey and their four girls, Sydni, Jessica, Michelle and Mary Rose. Also the grand nieces and nephews. He was a well-loved brother, fun-loving uncle and dear friend. Tim enjoyed back-packing with his brothers yearly in Yosemite, fishing with his in-laws in the Black Hills and noisy family gatherings. We wish to give thanks to Wesley House and caregivers, his home caregiver Amando, and Hospice of Santa Cruz. In lieu of a memorial in the time of Covid, you may leave a memory, story or light a candle at www.scmemorial.com. Donations may be sent to California State Parks or Hospice of Santa Cruz.