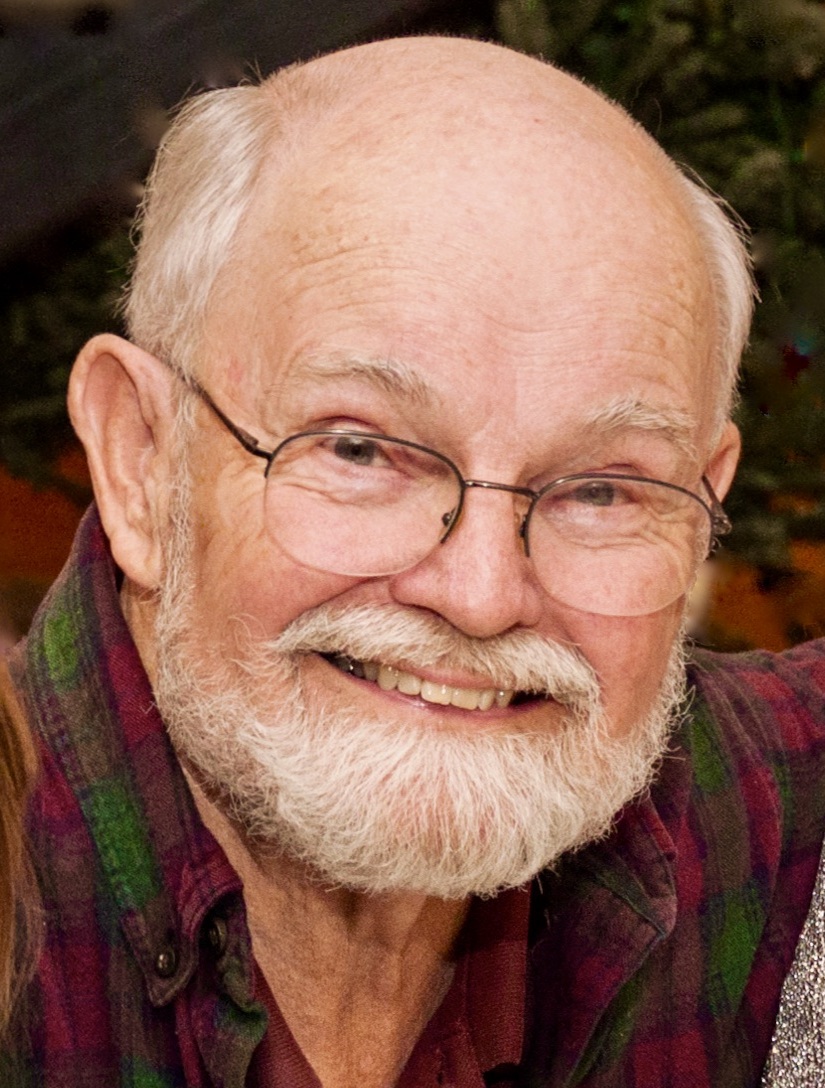 Daniel passed peacefully on August 17, 2020 of natural causes. He was 86. Dan was an Aptos and Santa Cruz area resident for 56 years. Born in Fairfield, Iowa to Dale and Dorothy Harper, the family relocated to California where Dan attended Porterville High School and was elected student body president. Dan met Alice Bryant at Pasadena College, where he got a BA in English Literature in 1957. They were married within 4 months, and recently marked their 63rd wedding anniversary. As newlyweds they lived in Madison, New Jersey where Dan studied Theology for his masters degree. They made many life long friends during their time in New Jersey. Dan and Alice returned to California where he served as a Methodist minister in Caruthers and Orosi. They had two children, Scott and Jill, while living in the central valley. In 1964 the family seized an opportunity to move to Santa Cruz, where Dan began teaching English at Santa Cruz High School. He loved teaching, and was admired and respected by his students and colleagues. In 1970 he began his long tenure as a professor of English and Journalism at Cabrillo College in Aptos, where he made many great friends, and served a term as Division Chair. Dan retired in 1993. Dan was both a scholar and a creative spirit. He loved reading the great authors and enjoyed the art of writing. Many locals remember the weekly op-ed column that he wrote for the Santa Cruz Sentinel. For many years he shared his witty stories and keen observations of family and community through his column. He often shared details of his own life, including the comings and goings of his kids and grandchild. Now those columns serve as a valuable keepsake and window into the past. Dan was also an avid photographer, exhibiting and selling his photos at various local galleries. He hauled huge bags of camera gear on all his travels, loving all the gadgets and tech. Large format and black and white photography were his specialty, and he built his own darkroom in the basement of his Aptos home. Dan spent many years exploring nature with Alice, photographing the plants and animals of the forests. He documented Alice’s studies of the life cycle of banana slugs, and together they published “The Banana Slug Book”, which is an authority work on the local mollusk. Dan’s photographs also appear in prominent books detailing the lives of British authors Thomas Hardy and James Joyce, two of his favorite writers. Dan and the family twice enjoyed extended stays in England. He loved the British culture and countryside. In 1973 they spent a year in York, England where Dan taught American literature at St. Johns College on a teachers exchange. In 1978 the family spent six months living in Dorset, England while Dan was on sabbatical studying Thomas Hardy. Dan always loved the adventure of travel and exploring nature. He traveled extensively throughout Europe and Asia, including ambitious trips like bicycling through Europe, car camping from England to Yugoslavia with the family squeezed in a VW Squareback, backpacking trips in the High Sierras when the kids were growing up, and many cherished trips to Yosemite. Dan also traveled around the U.S. visiting many National Parks and Carnegie Libraries. Dan is survived by Alice B. Harper (wife), Scott and Dana Harper (son and daughter in law), Jill and Chuck Heppner (daughter and son in law), Daniel Heppner (grandson), Sue Harper (sister), and John Harper (brother). He is preceded in death by Mary Reed (sister), Dale and Dorothy Harper (parents). His life was full of many wonderful and cherished friends, and he always loved spending time laughing and sharing stories with them. Dan’s family was his pride and joy, and he had an especially close bond with his beloved grandson, Daniel. No services are scheduled at this time due to Covid19. Remember Dan while enjoying a slice of warm apple pie with a scoop of vanilla ice cream, a cup of tea, and listening to Cat Stevens or Crosby, Stills, Nash, & Young.