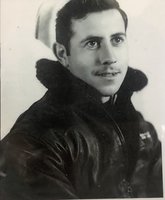 Memorial Service will be held at the PPMC Social Hall so all of his friends and neighbors may attend including Bill Eckard the Camel Herder. Date and time will be announced in the newsletter. Hap passed away on July 20th. He was 94 years young. Earl “Hap” Halliday was born December 25, 1925 in Huntington Park, California and has been a resident of Santa Cruz since 2004. He joined the U.S. Navy in 1943 at the age of 17. He served as a Navy Combat Air Crewmen with Pat Wing Four and Patrol Bombing Squadrons in the Pacific. He was an Amateur Radio Operator for twenty years. He attended San Jose State College. Hap spent eight years driving the DAV Van for Veterans taking them to the hospital. He was with the Civil Aeronautics Administration (CAA)/Federal Aviation Administration (FAA) for over 35 years. Hap loved to fly. After he retired he spend an additional four years with The University of Oklahoma teaching at the FAA Academy. He was a member of the Aircraft Owners and Pilots Association (AOPA). Hap was a member of Acacia Masonic Lodge No. 243. He was affiliated with the Texas masonic Lodge No. 46 in San Juan Bautista, Oakland Scottish Rite, a 32nd Degree Mason and a member of AAhmes Shrine Temple in Livermore. He was a Charter Member of the National WWII Memorial in Washington D.C. where his picture and information is on file. His name is inscribed on the National Aviation and Space Exploration Wall of Honor as a testament to his commitment and passion for Aviation and space exploration at the Smithsonian National Air and Space Museum at the Dulles Center in Washington D. C. He was a member of the Society of Airway Pioneers. He belonged to the VFW Post 7263, American Legion Post 795, and Elks Lodge No. 2670. Hap's hobbies included fly fishing and twin his own fishing flies and making finished ceramics. He enjoyed spending time with his friends and family and a good meal and wine. Survivors include: Daughter Jane Vlach and Son-in Law Bill of Livermore, California Granddaughter Jenn Kato and Husband Kris of Salinas, California Daughter in Law Kathy McEwen of Bakersfield, California. He leaves six grandchildren and eight great grandchildren. In lieu of flowers, memorial donations may be made in Hap’s name to the Shriner’s Hospital for Children.