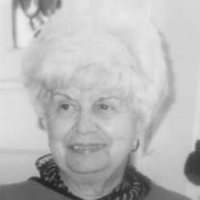 Mary Mae (Mello) Cacace May 22, 1922-May 12, 2012 Resident of Santa Cruz Mary M. Cacace passed away peacefully in her home with family by her side on May 12, 2012. Mary was born in the Azores, Portugal on May 22, 1922 to Angelina and John Mello. When she was 8, her mother, herself and her three siblings departed from St Michaels, Azores, Portugal and arrived in Providence, RI on Sept. 11, 1930, where her father had already migrated to the East Coast, eventually making their way to Santa Cruz, CA. Mary attended school in the Soquel District and as a teenager went to work at the Old Cannery in the Seabright area near her parents house on Mello Lane. At 19, while at a dance, Mary met Alexander Dominic Cacace (a native Santa Cruzan) and after a brief courtship, they married on November 1, 1942 in Santa Cruz. She worked for several years at the JC Penney's in downtown Santa Cruz before becoming a volunteer at Dominican Hospital in her "golden years". Some of Mary's other love's besides her family was her passion for cooking, her great food was the focus of many a gathering and she enjoyed sewing and hairstyling as well. In fact, she often stated that she had missed her "calling" as a hairdresser. She was also known for her generosity and helping heart. When she was in good health (which was into her early 80's) she would drive to the senior center and offer prayers and give her time to those with ailments. She would not hesitate to drive those who couldn't to the store or the doctor's office. She was wonderfully caring and enjoyed helping others. A very special thank you to Mary's caregiver, Mila Alonzo, for her devoted care and loving spirit. And an extended gratitude to Hospice of Santa Cruz. She is survived by her two sons, Larry Cacace and wife, Linda (of Marin County); Jerry Cacace (of Santa Cruz); six grandchildren, Tina Cacace and husband, Chris Baker (of Santa Cruz); David Cacace (of Santa Cruz); Vann Cacace (of Santa Cruz); Lori Haberman and husband, Brian (of Colorado); Tim Grasser and wife, Tanya (of Marin County); Brian Grasser and wife, Sheri (of San Francisco) and eight great-grandchildren; Alexandra and Nakiya Baker, Alicia and Sarah Haberman, Lukas and Sofie Grasser, Bea and Hazel Grasser. Her sister, Sue Ciavarelli; and many nieces and nephews. She was preceded in death by her husband of 45 years, Al Cacace; her sister, Emma Bettencourt; and her brother, Joe Mello. No formal services are planned. She will be buried at Santa Cruz Memorial on Ocean Street. A celebration of Mary's life will be scheduled at a later date. In lieu of flowers, contributions may be made to St Jude's Children's Research Hospital, 262 Danny Thomas Pl., Memphis TN 38105 or www.stjude.org.