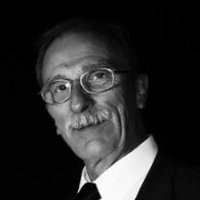 Father *Friend *Community ServantRichard Weiser (a native to San Jose, CA and longtime resident of Aptos, CA) died at home in the company of family on Monday, February 20, 2012. Richard was a loving and devoted father, husband, friend and civil servant having proudly served both in the U.S Army and providing the San Jose Police Department 28 years of committed service. His generous nature and kind heart made a lasting impression on everyone who knew him. As a family man, he was a dedicated father to his two daughters, Charmain Weiser and Shereen (Weiser) Caswell. He was also a loving and devoted husband to Michelle (Engdol) Weiser whom he unfortunately lost to cancer in 2008. Richard would most like to be remembered and honored for his years of service to the military, the San Jose Police Department and the community. In lieu of flowers please send donations in his name to Disabled American Veterans .A private honor will be held at a later date.