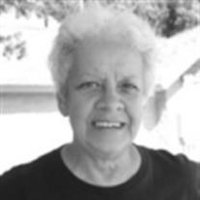 Ruth Anne Hunter-Bertsch, 71, of Santa Cruz, California, passed away comfortably, surrounded by her family, February 14th, 2012. Ruth Anne was involved with many clubs in the area, including The Genealogy Society, her Doll Making Class, a Quilt Making club and she had earned a 3rd Degree Black Belt at the Korean Martial Arts Academy under the instruction of Chief Master Sang U. Jin. Ruth Anne was born in Cleveland, Ohio. Her family moved to Colorado where she graduated from Central High School, Class of 1958, in Pueblo, Colorado. She moved to California in 1965 and has resided in Santa Cruz since 1973. Ruth Anne was preceded in death by her Father James Bradley and Mother Ruth Elizabeth Langley. Sister Betty and Brother Richard. She is survived by her husband Jerry Bertsch, her two sons, Jim Hunter and Steve Hunter. Her sisters, Gina Langley-Waller, Nelia Bradley, and Patsy McKnight. Seven grand children and two great grandchildren. A memorial in remembrance of Ruth Anne will be held at the Oakwood Chapel 3301 Paul Sweet Road, Santa Cruz, Ca. 95065, on Saturday, April 21st at 2:00 p.m. with reception to follow in the Oakwood Reception Center. The family invites all her friends and fellow class members to send their cards and condolences to the Oakwood Chapel at the address listed above.