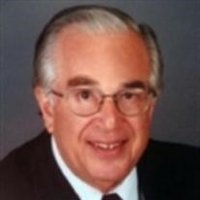 Funeral services will be held on Monday for Paul J. Sandas of Santa Cruz who passed away peacefully on Thursday, February 16, 2012 with his three daughters at his side. Sandas, born in Port Angeles, WA on May 31, 1932 came to Santa Cruz with his family in 1946 when his father bought the Modern Baking Co. at 320 Cedar St. A graduate of Santa Cruz High School and Stanford University, he went to work at the Modern Bakery, where he took over the managership of the firm after his father's death. He remained as plant manager after the bakery was sold to Parisian Bakeries, Inc. of San Francisco in 1969. He continued his career in the commercial bread baking industry until his retirement in 1997. Sandas was a member of the Santa Cruz Rotary Club since 1957, where he served as President in 1973. He served as District Governor of District 5170 in 1980-81, and was a member of the Rotary International Board of Directors for two terms, in 1997-98 and 1998-99. A lifelong musician, he began his violin training when he was 6. By the time he was in the seventh grade he was occupying the concert master's chair of the Port Angeles, WA high school symphony. In Santa Cruz, he became first chair violinist in the Mission Hill junior high school orchestra and later held the same post at Santa Cruz High. While studying at Stanford, he played in the first violin section of the university orchestra for four years. He was a founding member of the Santa Cruz Symphony where he was principal of the second violin section during his tenure there. He was a founding member of the Prophet Elias Greek Orthodox Church in Santa Cruz where he served as President of its Church Council. He was active in a variety of community organizations throughout his life. Sandas was preceded in death by his wife Ellen and his son Johnny. He is survived by daughters Paula Sandas-Harvey, Georgia Chronopoulos, Evonne Sandas, sons-in-law Dennis Harvey, Yiannis Chronopoulos, and grandchildren Angela, Paul and John Anthony Chronopoulos, Kevin and Sean Harvey. Funeral services for Paul will be held on Monday, Feb. 20th at 11:00 a.m. at Prophet Elias Greek Orthodox Church, 223 Church St., Santa Cruz. Trisagion services will be conducted Sunday evening, Feb. 19th, 7:00 p.m. at the church. Paul's family asks that donations be made in his memory to: Prophet Elias Greek Orthodox Church, 223 Church Street, Santa Cruz, CA 95060. Arrangements entrusted to Santa Cruz Memorial.